You are batshit crazy

You have surely seen some crazy people around. A dude walking down the street and yelling uncontrollably and unpredictably. Or that old lady on the train - she always seems to argue with somebody invisible. Man, you tell to yourself, it must suck being those guys. What a mess must be going through their heads all the time! 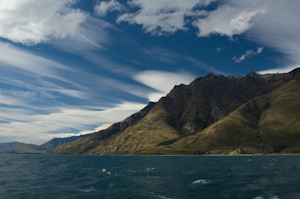 Please do this little exeperiment before continuing with the rest of the text, otherwise it is going to be a bit meaningless.

If after a few seconds (and I'd say 20-30 seconds is enough for most people) your attention doesn't wonder away from the breathing, you are probably one of the Buddhas - so stop slacking off, close this page and please go back to bringing the enlightenment to the rest of us, as we direly need it.

But if some thoughts about your daily life or work start rushing in, one after another, taking you into all sorts of places and mental states, then you're a normal kind of person. Actually, wait - you're batshit crazy. How can we ever call this state "normal"? Our minds are constantly occupied by raging crowds of thoughts that are flying in all directions, briefly catching our attention for a tiny second only to be replaced by another crowd, ad infinitum. It's a crazy game of musical chairs, although the one with never ending supply of the furniture.

Just think about it - how come we call ourselves "normal" if a single phrase dropped by a stranger or a TV celebrity gets us neck deep in all sorts of emotions, ranging from a complete ethereal bliss to the darkest concentrated rage towards whoever happened to be on the other side of "us-them" scale?

Or how come we need all these external institutions, such as schools and universities with their curriculums and schedules, with their positive and negative reinforcers in forms of grades, awards and penalties for missing assignments' dates? How come we need workplaces that monitor your performance and set "goals" for you?

I am sorry but there's no conspiracy theory coming. We simply need these structures to keep us focused. That is a society's way of dealing with most of us being exactly batshit crazy - or simply not being able, or not knowing how to focus on something for long enough.

Let's take work for example. I used to hate the concept of work. You know, that whole "working for the man" thing. I wanted to be free! I wanted to do my own thing - to run a software product business, maybe, or at least a consulting practice. I had envisaged myself as one of those 'anti-corporate' guys, an archetype that Jason Fried of 37signals so brilliantly and eloquently described in his "Rework" and "Getting Real".

But work is actually a great concept if you don't know where to start. Work can be a great bundle, great package of things, excellent value-for-money (or rather value-for-time) deal. Don't just look at the salary, consider all the intangibles - because when joining a workplace you get lots of things for free:

It's exactly the power of defaults - when presented with an option to make a choice, people often take the default, suggested one, even if it is about what happens to their organs when they die.

Now try to imagine what would it be like if you had more control over the course of your life? Not the type of "me wants this car now" control or anything like the "power or attraction", but the type of clearly seeing what is that really motivates you? What if you could plan for long enough into the future and actually have the focus to achieve your goals, even if during the course of attainment you decided to change the direction completely?

What if instead of mindless daily information and news consumption you could see what is that troubling you, and knew how to approach those problems? What if you could see reasons for your problems in yourself as clearly as you see them in a child throwing a tantrum over not getting a new toy?

We are batshit crazy.

But I believe it is possible to get over this state. It is possible to train our attentions to be not just a witnessing passenger but an engaged driver. It's probably going to be maddeningly hard, if nearly impossible to do this in the modern world that is full of words, emotions, news and changes. You could probably try to unplug yourself completely but somehow I suspect it won't work.

You could try to get over the denial stage - i.e. that your condition is "normal" - by watching your mind closely and regularly. As Henepola Gunaratana suggests in his "Mindfulness in Plain English", you can learn to see the true nature of your mind by observing it diligently.

Also, I suspect there might be some hacks to help you get there faster - just recently I discovered this guy's website, where he describes a cool biofeedback technique that helps you achieve a certain state of mind. I think we'll see some cool stuff in a couple of years when wearable, consumer-grade EEG scanners become available and a full-blown brainwave analysis becomes essentially an app.

But then somehow I suspect there'll be same distractions that are present today, plus few extra ones that technical progress so inevitably brings about every now and then.

So are most of us caught in the proverbial "no time to sharpen the saw" problem, with no attention left to train our attention?