Around a year ago I started a sort of socio-psychological experiment. Not a real one: no control groups, not a double blind one, no checking for confounds. Heck, even no data collection in its strict sense. 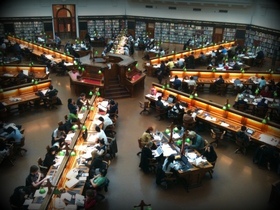 I just wanted to learn how to sell stuff. And how to talk to people. You know those scary, hard-to-keep-eye-contact-with, regular sort of everyday people. And being a geek who enjoys working with computers more than talking to people didn't really make this easier. I wanted to learn how to be a bit more comfortable around strangers. Especially when trying to sell them some extra stuff.

So I started easy. Took photos of all the hardware junk I had and posted that on Gumtree. I posted everything. A broken DVD drive. A broken laptop. An ancient RAM module. Even small stuff that wasn't worth the effort to sell. I wanted to meet people, talk to them and learn.

Slowly emails and calls started pouring in. People were more than happy to pay for old RAM. Somebody wanted to upgrade an old Windows laptop. Other dude wanted some more RAM for his old MacBook. One guy was happy to drive over 70 kilometres to pick up an old PC. I ended up "cross-selling" him a monitor and a keyboard as well.

Once I was riding to work and noticed a thrown away bicycle on the side of the road. Tyres were flat and the chain was rusty, but it looked fine otherwise. It felt plain wrong to just leave it there for rubbish collectors. So I took it home and posted another ad later that day. After a couple of weeks some dude rang up and ended up buying it. He paid with coins though. Two hands full of coins. Bastard.

Another day being especially bored at the office with not too much interesting to do, I noticed an empty Apple monitor box. Call me crazy but I posted it for sale. Next thing I know someone ringing me up to arrange a pickup from CBD, paying $40 for a bloody box. All I had to do is to take it downstairs and take the cash. This opened the floodgates. I quickly realised that people would even pay for iPad and MacBook boxes, which I posted and sold as well.

These people are not some crazy bunch of lunatics or uber-hardcore Apple fanboys. They have their reasons. I would never think of such reasons though. Monitor dude was moving to Singapore and needed to pack his monitor safely. iPad dude was giving it to somebody and wanted to make it look nice. MacBook guy just wanted to sell his old laptop and needed a box.

The key takeaway for me was that people will pay for all sorts of surprising stuff. Even if you don't consider this stuff to be valuable. As cliched as it sounds, but "thinking outside the box" really helps to sell boxes. Important bit here is finding that unexpected something and bringing it to people.

Another interesting realisation was that you need to listen very carefully to what people have to say. You need to be genuinely interested. Not pretending. Not faking it. But listening to them like there's nobody else in the world. Like there's no tomorrow. And people feel this special sort of attention. And they will tell you their stories.

And boy will they tell you all sorts of surprising things. To start with, why they are buying this thing from you. Who they are. Where they are from. What they do for living. It even gets awkward sometimes. 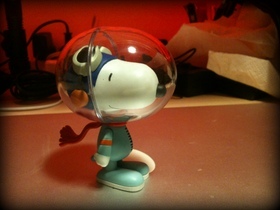 While writing this I heard some noise outside the house. It was a lawn mower guy. I never met him before (we rent this place and mowing is arranged by the landlord). So I just said 'hi' and asked him how is everything. Twenty seconds into it I learnt that he's been quite sick lately due to a broken arm. He got misdiagnosed initially by emergency doctor who refused to do an x-ray. Now he is getting back to work after 8 weeks break. Been in this business for 12 years. This and heaps of other stuff. Really interesting chap.

As a kid I was rather afraid of strangers. It has its uses, I hear you saying. But maybe that had stayed with me for longer than needed. There is still some sort of barrier when making the first step - smiling to somebody lightly, saying that first 'hi' and trying to start a conversation. But knowing that whole different world awaits on the other side makes me feel like an astronaut. You never know what you'll find there. And it's awesome.