No Coffee, No Alcohol

I started smoking in my first year of uni. Initially it was just one cig in the evening - that helped me to fall asleep faster. Later it became a sort of social thing - fellow students would be lighting up on lecture breaks, so did I. Eventually it became a part of the everyday routine - comforting, pleasure-bringing activity. That pleasure didn't last for too long - a year later I started coughing like mad and just had to quit.

Same theme of psychological and physical comfort and socialisation runs through caffeine and alcohol intake for me. I wasn't a coffee drinker until I moved to Australia - and even then for a year or so I somehow managed to avoid it. But eventually it caught up with me. Coffee in the morning on my way to work. Occasional coffee with colleagues after stand-up in the morning. An odd one at 3pm just to push myself through the day.

I loved my coffee and the context of its consumption. A warm cup in the hand. Fabulous smell. You know they make really good coffee here in Melbourne. So you sit in the sun, nursing a nice hot glass of latte or a takeaway paper cup. Slowly, after a couple of sips, your worries drift away to the periphery of consciousness. It energises and pumps you up.

Or say you are late for work, because your 1yo son was crying all night and you barely had any sleep. Long black will save you my man! Get that hit. Get back on track. And there's not a lot of hangover, to be honest. But something else worried me.

That constant desire to get some coffee. That'd be a first thought in the morning or during the times of discomfort or fatigue. Just go get your fix. It's that easy. Almost like a cigarette. Except it's not bad for you. Well, maybe.

Admittedly I tried to quit coffee a number of times. And it's amazing how much money I managed to save during the abstinence periods - not just on coffee but on lots of other impulse purchases. I'd be saying to myself: "Let's just give it a try, like no coffee for a couple of weeks". And it almost worked - but eventually I'd either succumb to the temptation or peer pressure.

Also I felt so much better during those times - both physically and mentally. That probably was a major factor when I decided to quit it again a couple of months ago. I haven't had any coffee since. Not even a decaf. 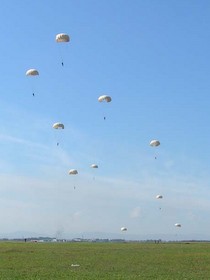 And I must admit it feels great. Clear head. So much easier to focus on what is actually important. No sudden ups and downs. No shaking hands or sudden sweats. No sudden mood swings. No creeping urges to get a cup. It is also surprisingly easy to be around coffee drinkers when they go about their business - I don't feel like joining them anymore. It used to kill me before, that's for sure.

Same story with alcohol - it's been almost a month and I haven't had a single drink. No beer, no wine, no cider, no whiskey, no nothing. I have missed out on a couple of social gatherings that took place at pubs and places alike. But it is well worth it.

Years ago, when doing my first skydive I landed on a side of the airfield. I might have stepped on a nest of a ground bee - as I was folding my canopy it got out and stung me. That was such an awesome feeling - not the pain itself, but the whole rush of life, of which pain was just a reminder that I am alive and can see, feel and experience things.

That's what life feels like without coffee and alcohol - much more clear, bright and intense. Turned up to eleven.