Adding a coins pocket to Mighty Wallet: a DIY adventure

When my old leather wallet started falling apart I decided I could do without another piece of an animal’s skin. Turns out in this day and age you don’t need to kill a cow to make a wallet - just use something synthetic, like tyvek.

Quite expectedly there are companies making stuff, including wallets, out of this material. And I almost liked this particular one, the [Wealth of Knowledge Mighty Wallet][5]. It had almost everything I needed - plenty of pockets for notes, papers and cards. It looked white and nerdy. It was great, almost perfect. Except one thing. And it was a spiraling downfall after such a promising, spectacular rise.

No. Coins. Pocket. I kid you not - no place where to keep my lovely latte coins.

Back to the square one. I ordered a mighty wallet and modified it, adding a side coins pocket. It worked initially but then coins started falling out the other end and just got caught up in the internal folds of the wallet. Another disappointment.

When doing that mod I noticed that the back “wall” of the wallet was actually a folded piece. That gave me an idea. What if i just cut a short, straight opening through it and put a velcro “lock”?

That’s what happened next.

I unfolded the back of the wallet and cut a small incision from approximately 1cm mark to 9cm mark on the wallet, adding romb-like holes as rip-stops. 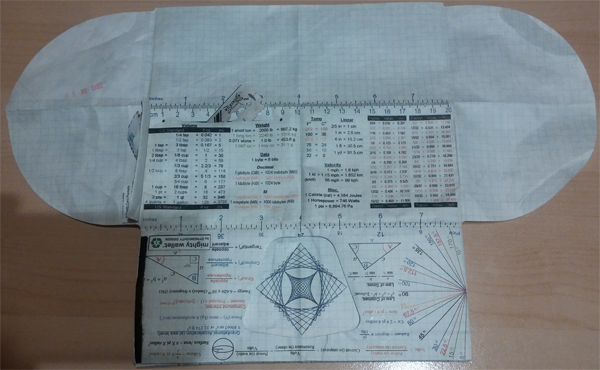 That’s how wide it is relative to coins size, not too long but not too short either. 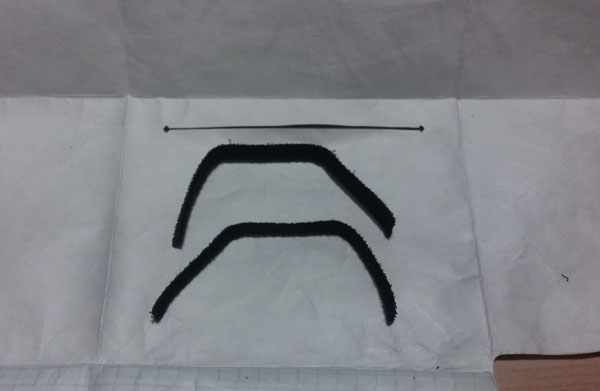 And glue-slapped the velcro strip inside the wallet, while it was still unfolded. 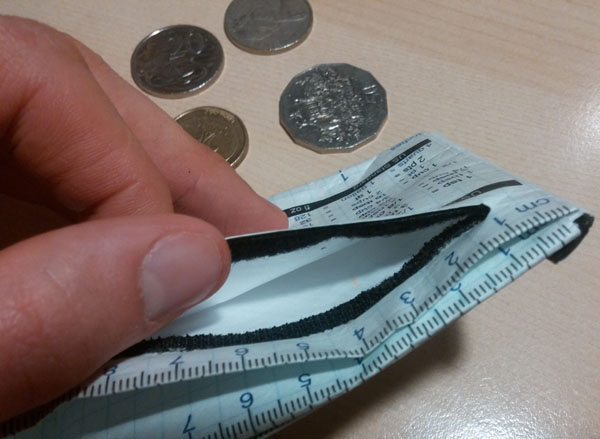 Voilà, a bad-ass wallet with a toight like a toiger coins pocket!